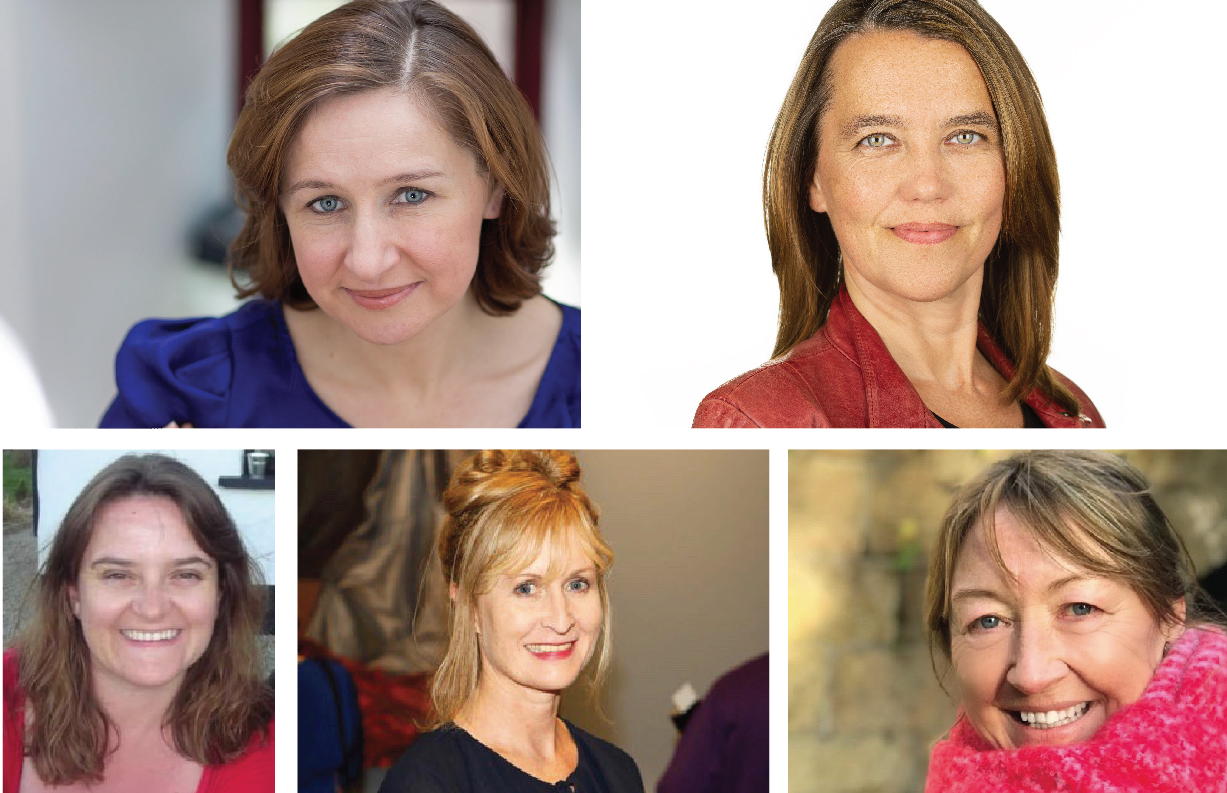 Hilary Fennell has just produced ‘Childless’, a radio documentary exploring what it means to be involuntarily childless in a child-centred society, to be broadcast on Newstalk 7am Sunday 23rd January 2022, repeated 9pm Saturday 29th January.

It’s hard to imagine that there remains a subject so taboo that although shared by one in five women over 45, it is never discussed. That subject is being childless, but not by choice. Programme maker and journalist Hilary Fennell is one of a growing number of such women in Ireland. In this groundbreaking one-hour radio documentary she explores what it means to be childless in a child-centred society and breaks the taboo of ‘social infertility’ by hearing the stories of six women.

At present, by the time they reach 45, one in five women in Ireland will not have a child. It’s estimated that figure will soon be one in four. Only 10% of them are childless by choice. This documentary focusses on the usually ignored other 90%. Due to the subject being taboo, it was difficult to find women who were willing to go public, but six women, at different stages, feature. Presenter Hilary delves into the emotional, physical and social impact of childlessness and why it is such a huge taboo. In a mother-hood obsessed culture which idealises and promotes human reproduction, involuntarily childless women feel ashamed at their inability to do something that everyone else seems to be doing, and which they want to do. There can be a massive sense of failure. Historical and cultural attitudes play their part in keeping childless women silent. The assumptions that women who do not have children are ‘career women’, somewhat selfish and cold. Or that they are to be pitied for not bagging a man in time. In the absence of any positive cultural examples of childlessness, negative stereotypes abound: the spinster, the wicked witch, the evil stepmother, the old hag.

We touch on the combination of factors which have led to the rise in childlessness: everything from the availability of contraception, to a more educated, career-minded population leaving parenthood too late, to putting too much faith in the efficacy of IVF. ‘I almost screamed at the radio today when a presenter said being single is no longer a barrier to having children. This is true only in the most technical sense. For me it was an insurmountable barrier,’ says art curator Mary Grehan.

‘The thing that infuriates me most are the ‘bingo’ comments: ‘Why don’t you just adopt? Why not buy sperm? Why not use a surrogate?’ As if it was that simple,’ comments psychotherapist Jody Day.

‘All the media wants is the happy-ending-miracle-twin IVF stories, or the women who are childless by choice. Nobody ever talks about the years of baby-mania – hormone testing kits, invasive treatments, crazy diets, acupuncture, herbal remedies, reiki healing, you name it. All, for nothing,’ says children’s mental health support worker and a solution-based hypnotherapist Jemma White.

We also shine a light on the need for societal changes that will value childless women and allow them to contribute to society in productive ways as well as encouraging and supporting the working mothers and families of the future. This is not a documentary on pure loss and grief. There is light and shade, along with humour, as we hear how our contributors have overcome, or are overcoming, their grief at not being mothers, and are creating lives of meaning. Ultimately, Hilary discovers how these women manage to re-define themselves as they come to terms with making a life without a child. ‘I’d had one future in mind: motherhood. Letting go of that identity was like dropping into a void. The healing can only begin when you rebuild a new identity. It’s taken me four years but it is possible,’ explains pharmaceutical consultant Amanda Tobin. ‘The impulse is to over-compensate by creating a big external life – like saving starving babies in war-torn countries – but actually, to survive it what you need is a big internal life,’ adds Jody.

The style is sensitive but probing, with interviews recorded on location in the subjects’ homes. Producer/Presenter Hilary Fennell works in radio and television as a producer, director and presenter. She also works in print and writes fiction. Awards include two New York Festivals and Best Documentary awards from the Celtic Film Festival and the Santa Monica Film Festival. 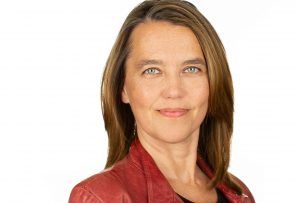 Jody Day, 50s. Engaged, originally from London, now lives in Clonakilty. Has accepted she will never be a mother. She tried to conceive for fifteen years and her marriage eventually broke down under the strain. A former interior designer, she retained as a psychotherapist and dedicates her life to helping other childless women through her organisation Gateway Women. Author of ‘Living the Life Unexpected’, the go-to book on this subject. Has givenTEDx talk and is global authority on childlessness.

Jemma White, 30s. Married, Belfast. Jemma’s entire six year marriage has focused on IVF. She admits to secretly still praying for a miracle because the emotional pain of having to accept she will not become a mother is as bad as the grief she felt when her dad took his own life, ten years ago. She left her high-powered job as an energy company trading analyst to retrain as a children’s mental health support worker and a solution-based hypnotherapist. 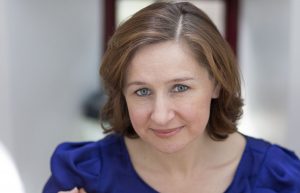 Mary Grehan, 50s. Married, Waterford/ Dublin. Arts curator and novelist. The living embodiment of ‘social infertility’: she didn’t meet her husband until it was too late. Growing up, she had it drummed into her that she ‘mustn’t get pregnant’ and was astounded to find it wasn’t that easy. 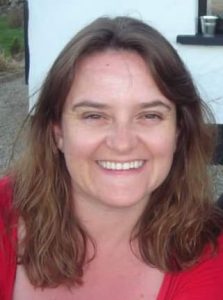 Roisin Flanagan, 40s. Single, Belfast. Charity worker, reproductive health. Spent her most fertile years reeling from divorce. Finally found out that her fertility was compromised due to a serious autoimmune condition. Says it’s all about timing. At 39 she tried online dating boldly typing ‘don’t get in touch if you’re not interested in having babies’. She received only three replies – all already had kids and didn’t want any more. 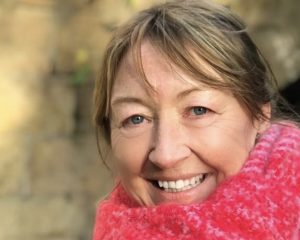 Amanda Tobin, 50s. Single, Cork. Pharmaceutical consultant. Worked in Brussels until moving home to Clonakilty three years ago, devastated when long-term relationship broke up under pressure from her desire to mother. Jody and Gateway Women saved her life. In a bizarre twist, Jody is now engaged to an English man living in Clonakilty, where she has relocated, around the corner from Amanda. They are now friends.

Ingrid Craigie, 60s. Single, Dublin. Award-winning actor who finds joy in her work. Stoic about the fact that she is not only single, but childless, as her contemporaries become grandparents. Was in a long-term relationship, but they didn’t both want children during those crucial fertile years, and she didn’t want to parent alone. 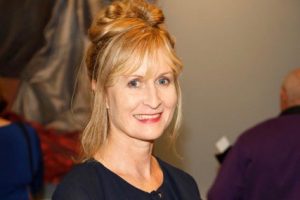 Hilary Fennell, Producer/ Presenter. Works in radio and television as a producer, director and presenter. She also works in print and writes fiction, lectures at The National Film School at IADT and teaches yoga. Originally trained as a barrister. Former RTE TV presenter. Awards include two New York Festivals and Best Documentary awards from the Celtic Film Festival and the Santa Monica Film Festival.